Hisa announces to the club that they are now signed up for the national qualifying tournament, and she hands out the rules. Yūki sees that one school, Ryūmonbuchi, are extremely skilled and even won the tournament the previous year despite being all first-year students. Hisa asks Saki and Nodoka to help out at Mako’s family’s cafe, telling them that learning about the real world is also important to improve their mahjong skills. When they arrive at the cafe, they see that it is actually a maid cafe, and they have to wear embarrassing maid uniforms. Patrons can also play mahjong there, and Saki and Nodoka easily win against two customers. After one leaves, a woman who Saki is intimidated by joins them. The woman completely mops the floor with them, and at the end it is revealed that she is Fujita, a professional mahjong player. Saki and Nodoka later find out that Hisa set the whole thing up so that they could also feel what real defeat is like. Hisa explains that the club is going on a training camp to improve their skills. 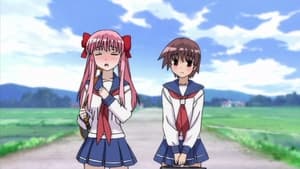