After arriving at the tournament area, Saki gets separated from her friends, and during this time Nodoka gets hounded by reporters due to her having won last year’s national junior high school tournament. After Saki makes it back to the others, Hisa explains the order of the players, starting with Yūki, followed by Mako, herself, Nodoka, and finally Saki. While initially underestimated by her opponents, Yūki wins many hands, nearly shutting out the others. Afterwards, Mako and Hisa also make quick work of their opponents, ending with a commanding lead. When it is Nodoka’s turn, more people show up to watch her match. 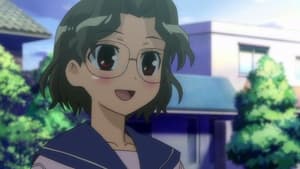