Timmy’s imagination is sparked when he reads a superhero comic. Meet Super Timmy! Timmy is desperate to save the day but his efforts aren’t always appreciated. He ‘saves’ Mittens dolly from the seesaw, but Mittens was just playing; he ‘helps’ Otus with the gardening but accidentally soaks him with a hose pipe in the process; and he heroically tries to stop Yabba getting muddy, when that’s exactly what Yabba wanted to do. Finally, Super Hero Timmy gets the chance to save the day when his little pal Bumpy is nearly splattered by paint. Hooray for Super Timmy! 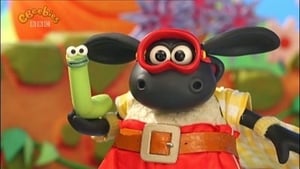